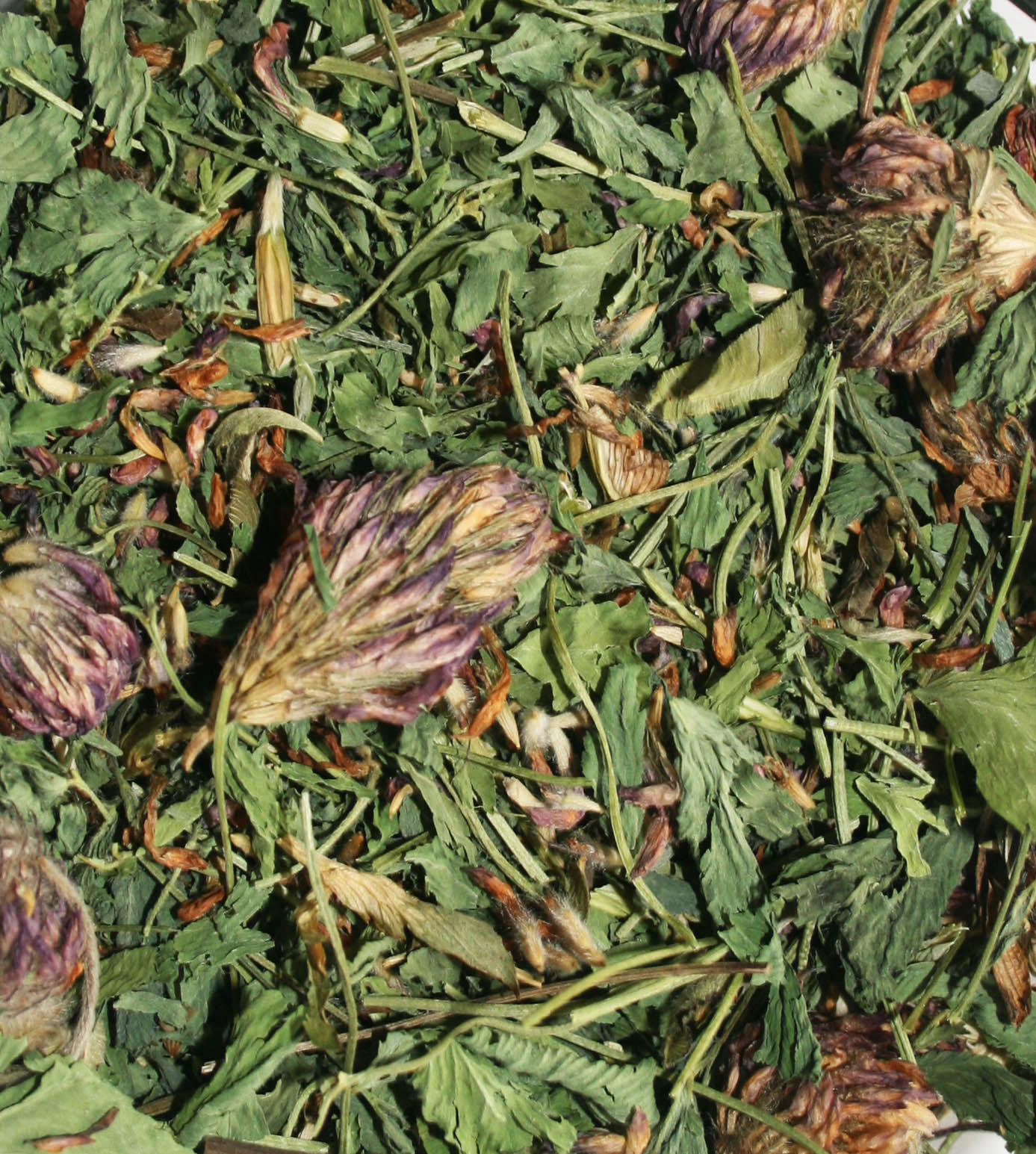 Traditionally used in Herbal Medicine as Altérative, "blood cleansing or blood purifier" to help flush out toxins through the kidneys, skin and mucous membranes. It is often associated with other alterative plants for this purpose as burdock, nettle and yellow dock. Lymphatic tonic for chronic lymphatic congestion associated with arthritis problems and skin conditions such as psoriasis, eczema and hives rashes.

Red clover is rich in flavonoids: daidzein and genistein, these isoflavones have phyto-oestrogenic (oestrogen-like) properties hence its popularity and its indications on the symptoms of peri-menopause, menopause and menopausal hot flushes.

Several studies on isoflavone glycoside "genistein" have demonstrated anticancer activities; inhibition of cell proliferation angiogenesis in vitro. These studies demonstrate its affinity effects on alpha and beta estrogen receptors; there could be both agonist and antagonistic actions, depending on endogenous estrogen levels. Other studies have shown its positive effects on prostate cancer. Despite these studies, there is misunderstanding as to its use in women who have or have had cancer of the uterus, breast or ovaries. (Jarred et al. 2002, Cassady et al. 1988 et McCaleb et al. 2000, Fotsis et al. 1995).

It would have anticoagulant properties (theoretical) due to coumarin it contains, it is recommended not to associate with anticoagulant drugs.

Contraindications: Avoid during breastfeeding, pregnancy and if you have estrogen-positive breast cancer, endometriosis, bleeding rules or uterine fibroids (except on the recommendation of a health professional). Use with caution in patients with bleeding disorders.

Drug interactions: May interfere with the effectiveness of contraceptives, avoid simultaneous use. Use with caution with anticoagulants and antiplatelet agents.

Soft cleanser of the liver, gallbladder, kidneys, intestines and blood for about one month.   BI..